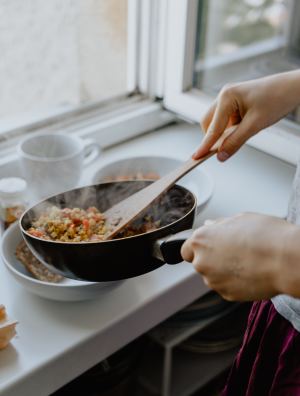 Althea Bernice Moon-Vorpahl, 81, left us for her eternal reward on Friday, July 5th, 2019, surrounded by her loving children and family, listening to Elvis sing Amazing Grace.

Born at home in Redwood Creek, CA, on January 3rd, 1938, Althea was one of nine children born to Robert Peter Moon Sr and Della Virginia Moon. When she left us, she joined her father and mother, as well as two brothers, Carl and Maurice, and four sisters, Roberta, Ethylene, Theatta and Susan. She was also preceded in death by her husband Robert Vorpahl in 2015, to whom she was married 45 years.

She leaves a great-great grandchild, McKenna, daughter of grandson Willie, many loving and beloved nieces and nephews, and many other relatives in the Eureka, Hoopa, Happy Camp, Orleans and Yreka area.

Althea was a lifetime Northern California resident, who enjoyed spending time with family and friends at Moon Ranch along the banks of Redwood Creek in Redwood Valley off the 299. Tradition, family and the sheer beauty of the place, took her to the Valley on holidays and special occasions, to enjoy family, camping, good food and friendly banter around an open fire.

A descendent of Charlie Moon and Minnie Tom, and Peter and Mamie McClellan, Althea was a member of the Karuk Tribe of Northern California. Her grandmother Mamie McClellan was Sandy Bar Bob’s daughter.

Her door was almost always open and her dining room table available for games, tamale pie, apple crisp and good conversation. Christmas was a big event at her home, with a huge tinsel-laden silver-tip overflowing with gifts for grandchildren, nieces and nephews.

She will be forever remembered as a cheerful, loving and loveable person, a beloved mother, daughter, sister, grandmother and aunt, who was always ready with a smile, a laugh, a hug and encouraging words. Mom, you are already greatly missed.