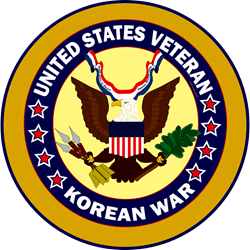 Mel Berning, beloved husband, father, grandfather and friend passed away peacefully on March 22, surrounded by his loving wife and family. Mel was born on Friday April 13, 1928 to Gus and Christina (Busch) Berning in Dubuque, Iowa. Thirteen was always a great number for Mel, as he was also the thirteenth and final child born to his parents. Raised in North Dakota, Mel worked the farm with his father before going off to college. He always retained the practical, down to earth, farm boy approach to dealing with life’s challenges, and there was rarely an item that he couldn’t patch, fix or reinvent!

A Korean war veteran, Mel served in the Army and was recognized in 2016 with a special “Ambassador for Peace” medal that he wore with great pride. While on leave, Mel’s life was changed forever when he met his sister’s roommate. In his own words, the greatest accomplishment of his long, happy, storied life was the day he married his soulmate, Lee (Peters) Berning on May 28, 1952. For nearly 67 loving years, they modeled commitment, mutual respect and faith to their five children John (Ruth), Jim and Leanne Berning, Marti (John) Campo and Sue (Paul) Segel. Mel and Lee have been blessed with six loving grandchildren – Mike (Miann) and Rachel Berning, Matt and Chris Campo, Emily (Gabe) Ihrig and Jenna Segel.

Mel worked as a Civil Engineer for the Division of Highways (Caltrans) for 24 years, leaving his mark on many sections of Highway 101 on the North Coast. Following retirement from the state, Mel launched a second career, working as a consultant and building inspector for eighteen years. His care and attention to detail are evident in a number of schools, hospitals and other public institutions across northern California.

Mel lived a life of service – to his family, his country, to his beloved St. Bernard’s parish, to his community and to his heavenly Father. For years, he served as a lector, Eucharistic minister and willing carpenter for church projects. A 4th degree Knight of Columbus, Mel loved praying and serving with his fellow Knights.

He enjoyed fishing (especially with his son Jim and grandchildren), baseball (dedicated Giants fan), woodworking, jewelry making (Humboldt Gem and Mineral Society) and simply being with family and friends.

His larger than life presence, his vitality and his sheer joy in life leaves a great void with his passing, but his family is comforted that he has moved on to his eternal reward. Faith upholds his family and friends as we say goodbye, knowing fully that Mel rests in the arms of his beloved Savior and our Blessed Mother. Farewell for now, Mel. We trust we’ll see you again one day soon.

Mel’s life will be celebrated by a rosary at 10:45 am on Thursday, March 28, followed by a funeral mass at 11 am. Interment will be private.

To send flowers to the family or plant a tree in memory of Mel Berning, please visit our floral store.