Plant a tree in memory of Bruce
An environmentally-friendly option 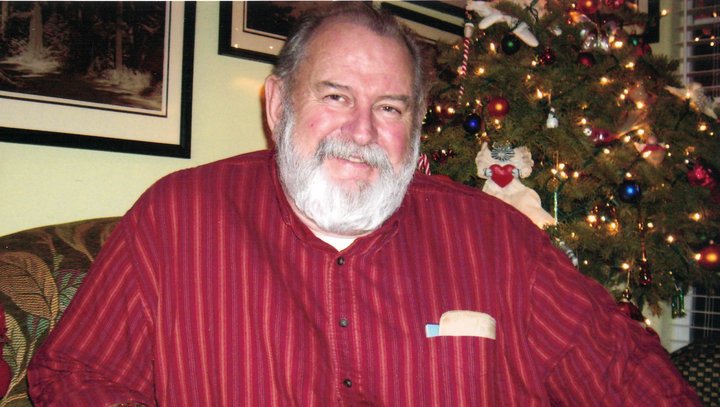 Bruce Marshall passed away peacefully in his sleep on the morning of June 24, 2021 at the age of 83.

Bruce was born in San Francisco on April 22, 1938. Raised in Sausalito, California, even in his early years Bruce was known for his adventurous spirit and enjoyment of outdoor activities, including fishing, hunting and abalone diving. Bruce also played high school football. He graduated Tamalpais High School in 1956.

After college and serving our nation in the United States Coast Guard, Bruce became employed by the California Department of Transportation in Eureka as a right of way agent. During these early years of his career, Bruce welcomed a son, Jeffrey, and a daughter, Sharon, into his life in 1968 and 1969, respectively.

As his career advanced, Bruce left Eureka for San Diego in 1972, and again moved to Yuba City in 1977 before returning to the Eureka area in 1991. During his time with the California Department of Transportation, Bruce ultimately rose to the position of senior right of way agent before retiring in the year 2000. Tragically, later that same year, Carrol passed away.

Though larger than life in both stature and personality in adulthood, in addition to his enjoyment of outdoor activities, Bruce was also an avid stamp collector, an accomplished bridge player, and a member of the Lost Coast Sea Shell Club.

It was through that sea shell club membership that Bruce met Karen Ralston, whom he would later marry in 2003 and to whom he remained married until his death.

Bruce was a wonderful husband, father, colleague and friend, who will be greatly missed by those that knew and loved him.

Bruce was preceded in death by his first wife, Carrol Ann Marshall. He is survived by his second wife, Karen Marshall of Eureka; his son, Jeffrey Marshall of Yuba City; his daughter, Sharon Collins of Houston, Texas; his granddaughter, Kylie Williams of Yuba City and her son and Bruce’s great-grandson, Mykah Gonzales.

A celebration of Bruce’s life will be held at a time to be announced later. In lieu of flowers, the family requests that donations be made to the American Cancer Society, Bruce’s preferred charitable organization.

Plant a tree in memory of Bruce by clicking here.
To send flowers to Bruce's family, please visit our floral store.

Plant a tree in memory of Bruce
An environmentally-friendly option

Plant a tree in memory of Bruce

1 tree planted in memory of Bruce

A Memorial Tree was planted for Bruce Marshall

Plant a tree in memory of Bruce