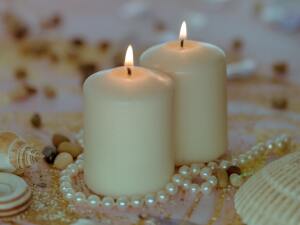 Jacqueline “Jackie” Denise Watts passed away in Eureka on November 6, 2022 just one month before her 58th birthday.

Jackie was born in Eureka on December 28, 1964, the third of four girls. Jackie spent many adventurous and joyful years with her siblings and friends. She often times would tell stories about the fun and sometimes trouble she and her girls had. Jackie was always full of enthusiasm and dedication when it came to her family and friends. It was her philosophy in life. Jackie graduated from Eureka High School in 1983 with honors — the year that some of her most favorite music groups staked their claim to fame on a large scale: Michael Jackson, Commodores and anything Motown.

After high school, Jackie went to college at Humboldt State University, majoring in mathematics while working at the Crown Simpson mill full-time with her father, A.V. She was always a smart lady with loads of ambition. Jackie graduated from HSU in 1987. Upon graduation Jackie worked multiple jobs until finding and building a successful career at State Fund. She quickly rose to management and was the recipient of many accomplishment awards. This is where she met many of her lifelong friends.

Her desire was to stay in Eureka to be close to her family. It was in Eureka that Jackie met the love of her life, Todd. Jackie met Todd the evening after he returned from a vacation in Hong Kong. It was a friendship that blossomed into so much more. Jackie and Todd finally married after many years of being “together,” Jackie being Todd’s true soul mate and Todd being hers. True best friends. He was her superman and she was his wonder woman as many would say.

Jackie was known for her love and commitment to family. They had their only child, Alliah in 2001. Jackie went out of her way to treat Todd as her King and Alliah as her princess. When her husband passed in 2008, it quickly became her and their daughter Alliah. Anyone who knows Jackie can tell you that she and Alliah were inseparable. Alliah was Jackie’s reason for being. Jackie was devoted to Alliah and they were each other’s biggest fans, but most importantly they were each other’s best friend. She especially loved to watch Alliah dance. She even loved to school Alliah in a game of monopoly, teaching Alliah her best playing moves. They went through life together and enjoyed every minute of it.

Jackie was known by many people and was involved in many organizations to create a difference, such as NAACP and Redwood Coast Village. She was the treasurer and lifetime member for the NAACP and on the executive board for Redwood Coast Village. Those who knew Jackie knew that she had a lengthy battle with Multiple Sclerosis (MS). She was diagnosed at the young age of 23, however she didn’t let that stop her from living life large. Those who knew her knew that she was determined to fight MS all while never complaining. She always had a smile on her face and kept that sass that everyone knew and loved. You could always count on her to be energetic, sassy and independent all while having the biggest heart. She was our inspiration and our hero.

MS was not what defined her. Those who knew her are so lucky to have had her in their lives. She will forever be our light. There is a whole in our hearts but we will carry her in our hearts forever.

Friends and family are invited to attend the funeral on Saturday December 3, 2022 at 1 p.m. at Sanders Funeral Home, 1835 E Street, Eureka. A celebration of life will directly follow at 3 p.m. at the Wharfinger, 1 Marina Way Eureka Ca. Please wear attire that is fitting of Jackie’s style and personality.

Memorial contributions may be made to: The National MS Society.