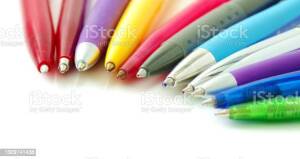 Jacqueline “Jackie” Theadora Risling was born on December 24, 1963 and began her journey on April 23, 2022, at the age of 58. Jackie was born in Arcata and was a lifelong resident of the Hoopa Valley Reservation and a Yurok Tribal member. She is preceded in death by her parents, the late Athos “Beercan” and Eleoner Jackson; sister, the late Gaylene Jackson; as well as her nephew, the late Damien Jackson.

Jackie is survived by her loving and devoted husband of 45 years, Anthony Wayne Risling “Tony Riz”, as well as her seven beautiful daughters: Nikki (Jessie) Mosier, Nicole, Antoinette “BooBoo” (Jack) George, Angela (Steven) Johnson, Levi, Lori, and Misqiy’ts (Mike) Baldy. She also leaves behind her two brothers, Earl “Barney” (Sarah); children- Melitta, Zachary, and Trinity, as well as Heath “Bubs” (Stacey); son- Xander (Jasmin) Jackson, along with her nieces Brandice Kane and Lillian Davis, both of whom were like daughters to her.

Jackie was brought onto this earth to be a provider; she was born to be a mother and her love stretched far and wide. She was not only the best mother to her own seven daughters, but was a doting grandmother to 30 grandchildren, many of whom she helped raise. Jackie also enjoyed spending time with her one and only great-grandson, Joseph, whom named her “Grandma Candy” because she loved to spoil him with sweets. Jackie took pride in raising her “kids” as she called them. Whether they were hers biologically or not, she loved them all the same. Her door was always open and she was always there for anyone and everyone who needed her. Jackie became known as “mom” to countless people throughout her life and was the perfect example of what a mother should be: loving, caring and selfless.

And just as much as Jackie loved being a mom and grandma, she also prided herself as a wife to Tony. The two shared such a special bond and their love stayed true just as much as the day they were married. Their love was strong and never wavered despite any hardships they endured throughout the years.

Jackie’s hobbies included loom beading, collecting pens, and always made sure not to miss her favorite TV shows. Most of all, she loved doing scratchers, gambling, and playing bingo with her daughters. She was always so excited when she’d hit a jackpot at the casinos and would be sure to share her joy with her family! Jackie grew to love her “casino family” (Lucky Bear Casino) as well, and would enjoy taking her special friend Denise George a plate of her home cooked meals when she visited the casino. Her favorite machine was “The Bear.”

Jackie had a contagious laugh and her love and devotion to her family will be sorely missed. Her legacy lives on within each and every one of her grandchildren of whom she adored and loved so much.

Services will be held at the Hoopa First Baptist Church on Sunday, May 1 at 1:30 p.m. Burial will immediately follow at the Risling residence on Marshall Lane in Hoopa. The reception will take place at the Hoopa Fire Hall after the burial is complete. It is a potluck style, so please bring your favorite dishes.

To send flowers to the family or plant a tree in memory of Jacqueline, please visit our floral store.