Plant a tree in memory of Jamison
An environmentally-friendly option 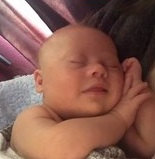 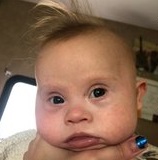 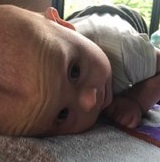 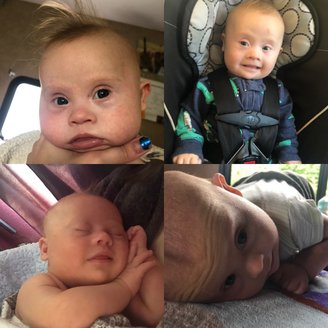 Jamison Sequoia Sullivan passed away at UCSF Children’s Hospital, in his mother’s arms, one day before turning 4 months old on July 5, 2021. Jamison has greatly impacted our hearts, despite the short time we got to spend with him.

Jamison was born March 6, 2021 to Alora Sullivan, as her first and only child. Alora’s labor was scheduled to be induced that day at 8 p.m. — 38 weeks gestation. Jamison had other plans! He came naturally at 7:32 p.m. They hardly made it to the hospital in time after being stuck in Bay Area traffic. Jamison was born healthy — 5 pounds 10 ounces, 18.5 inches long. Jamison was so sweet, happy, and loving. One of his favorite things was to sing songs like the itsy bitsy spider while he watched his mom’s hands tell the songs story.

Despite having Down Syndrome, Jamison was strong and smart too. He was hitting milestones like rolling and cooing. Unfortunately, Jamison was born with a heart defect that required open heart surgery on July 1, 2021. His heart defect was different than the doctors  had seen before. A couple days prior to Jamison’s passing, his mom talked to him and touched his feet. In response, he wiggled his toes, moved his head, and opened his eyes to peek at her as if saying his sweet goodbyes. On July 5, 2021, at around 1 p.m. Jamison had a brain bleed which the doctors could not fix. Alora cleaned him up, took the stickers off of his head and chest, wrapped him in his blanket, held him, sang to him, got foot and hand, prints and casts, cut and saved some of his soft strawberry blonde hair, and said her last goodbyes. His machine was then turned off and he was cremated.

Some of Jamison’s ashes will be spread at beautiful beaches, rivers and next to a big beautiful sequoia tree, in his honor.

There will be no services.

Plant a tree in memory of Jamison by clicking here.
To send flowers to Jamison's family, please visit our floral store.

Plant a tree in memory of Jamison
An environmentally-friendly option

Plant a tree in memory of Jamison

1 tree planted in memory of Jamison

A Memorial Tree was planted for Jamison S. Sullivan

Plant a tree in memory of Jamison